Anxiety and the US Elections

Written by stevebuser on October 21, 2012. Posted in Current Events 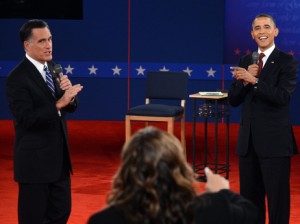 High Anxiety and the Risks of Democracy: The Psychology of the American Voter

Reprinted from the Huffington Post http://www.huffingtonpost.com/pythia-peay/election-anxiety_b_1981971.html Written by Pythia Peay The presidential election is upon us and the body politic, buffeted by anxiety, is under stress. In part two of my interview with Jungian psychoanalyst Murray Stein, president of the International School of Analytical Psychology, he addresses the psychology around being a voter in America's large and ever-changing democracy. The following is an edited version of our conversation. Pythia: Every four years, American voters endure a period of anxiety as they wait and see who their next president will be. No one ever talks about this, but is this part of the territory that comes with participating in a democracy? Stein: Absolutely. A person living in ancient Egypt wouldn't have had to endure these seasons of anxiety around election time, since the pharaoh decided everything for them. So it does call for emotionally mature people to tolerate the uncertainties of an election. With all the money that's behind the creation of images and ads, the dilemma that voters face is whether they can believe what they see. But on a personal level, voters have to be aware of other psychological factors influencing their decision -- family dynamics, for example, such as "my father is voting for that candidate, so I'm choosing the other candidate." So the demand on voters to educate themselves in order to make a conscious choice when they pull that lever is very high. Pythia: I can imagine that for some citizens, the feelings of discomfort could become so pronounced they might even shy away from voting. Could you say more about how to tolerate these feelings of anxiety? Stein: Nobody likes anxiety. Pharmaceutical companies make a lot of money from this type of psychic pain by marketing anti-anxiety drugs. But the desire to be rid of anxiety is really a desire for regression to a childlike state where you don't have to worry about anything, because everything will be taken care of. Freud said that the ego is the seat of anxiety, because anxiety is linked to becoming a separate individual with choice and responsibilities. So those who are psychologically mature carry around anxiety all the time. If they're living their life fully, they're always taking risks, they know that the people they love are at risk, and politically they know that there are no guarantees that their candidate will win the election. Pythia: If the recent debates are any indication, it seems that one of the criteria by which Americans judge their presidents is their ability to be strong and aggressive. To an extent, I think it's important for a leader to possess these traits. But is our over-emphasis on strength part of our discomfort with freedom -- we want a powerful leader to compensate our anxiety? Stein: The desire to have a strong leader comes out of profound anxiety and the wish to get rid of it. People look for somebody to lead them, and to tell them what to do. But as history has shown, the so-called strong leader can sometimes be a dangerous figure. For a democracy like ours, it's better to have someone with common sense and the ability to find a sane balance among competing forces. What we look for in citizens in a democracy is that they are able to be strong individuals who can carry anxiety and accept the responsibility to vote according to the best interests of the country. They also accept the results if an election goes against their wishes. That's a part of maturity -- you can't win every game. An election is a contest, and someone will lose while the other wins. Pythia: On the issue of competition, I wonder if some of the anxiety voters experience around the election stems from the combative nature of American politics. For instance, one of my sons said he was excited to watch the debates because they were going to be like good boxing matches. I, on the other hand, experience a lot of anxiety around watching the two candidates go up against each other. In handling my anxiety in a mature way, do I have a duty to watch the debates despite my discomfort? Stein: These political contests are like a blood sport. The two candidates are highly trained political athletes; they know how to accept a victory or a loss. Some people who are watching the debates and the race get a thrill out of seeing whether their guy is winning or not, while others find it agonizing to watch. That said, there are some anxieties that aren't necessary to take on board. If watching the debates makes you too anxious, I would suggest you stay away from it, and study it afterwards. The most important duty of a citizen is to cast a ballot that is informed. Elections can go awry, people can elect the wrong person and then regret it. But these are the risks of democracy, and I don't see any other system given the stage in the evolution of consciousness that we're in today. Pythia: What does democracy have to do with the evolution of our human consciousness? Stein: As I alluded [to] earlier, people were once satisfied to live under rulers they believed it was their duty to obey. But that isn't the case today. Americans especially don't think like that. Increasingly, we're living in the age of the individual, and individuals demand a voice. If you take that freedom away, a huge pressure builds up; you can see this happening in the Middle East. So despite the inevitable setbacks, I believe that the growing awareness that the individual has rights, dignity and even a quasi-divine status as a soul is a part of the evolution of human consciousness. And basically democracy is the only system that respects this kind of awareness -- so we have to have democracy and bear the anxiety of these elections. Click Here to Read the Original Article in the Huffington Post